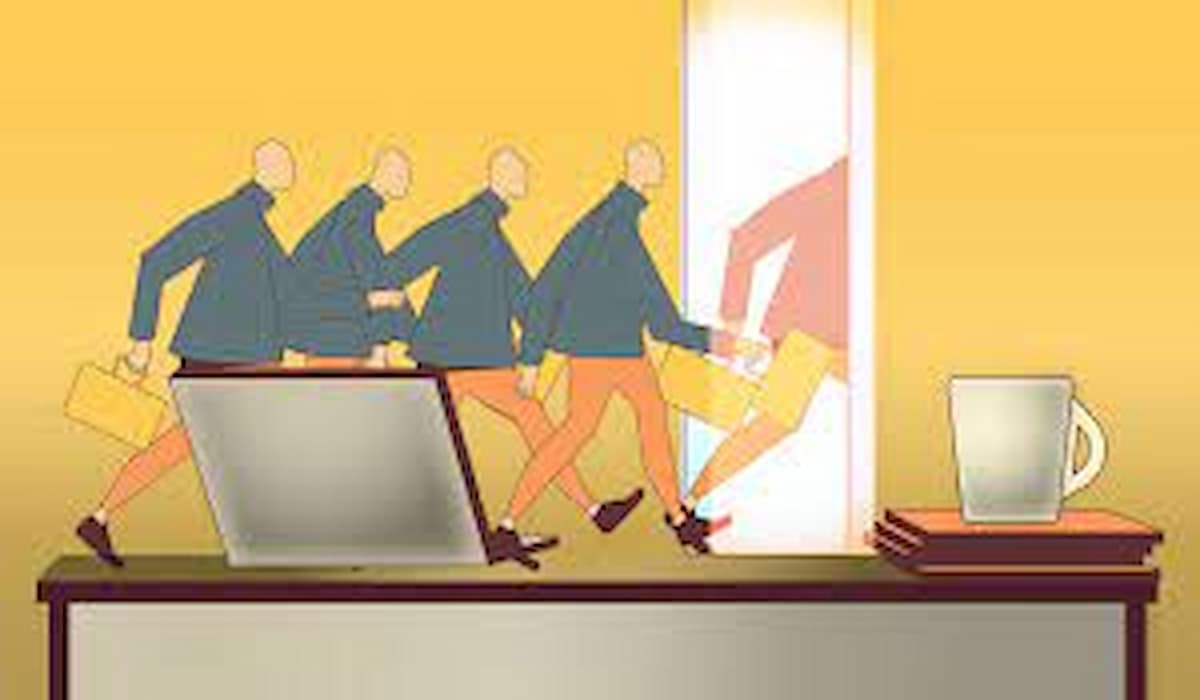 With the spectrum auctions set to begin from March onwards, telecom companies and smartphone makers are all set to offer this technology. Thirty-one percent. that was the level of attrition in IT major Cognizant in 2021. Infosys had an attrition figure of 25.5%, while Tech Mahindra was at 24%.

Indian IT companies are facing a ‘Great Resignation’ situation. while this term was originally referred to the mass worker resignations in the United States amidst pandemic-led burnout, India is witnessing something similar.

At an overall level, India’s attrition rate is almost at a two-decade high of 21%. this means that employees are quitting jobs more frequently. this was primarily due to a sudden spurt in job opportunities as also the competition for talent getting fiercer.

So it was natural that the IT sector, being the country’s largest employer with 50 lakh employees, faced the most pressure. all companies, be it Cognizant, Infosys, Tech Mahindra, Wipro, HCL Tech, and Tata Consultancy Services, faced attrition rates above 15% in 2021.

What are the IT firms doing?

The corporates are not sitting still. thanks to the attrition, these companies have doubled down on fresher hiring.

For FY22, the six IT companies have hired 2.15 lakh freshers compared to 90,000 in the year-ago period. Cognizant, the company facing the highest attrition, recruited 41,000 people including 33,000 fresh graduates in India.

The biggest concern for the companies is the war for talent that started off in early 2021. this involved employees from one company being poached by the other, often at a 200-300X hike. the Rs 1 crore salary package figure, earlier reserved only for the creme-de-la-creme, started being offered to candidates with 8-10 years of work experience.

Soon after, companies started to outbid each other in salary hikes. candidates joined the company that offered the highest salary, which in most cases turned out to be startups. this impacted the total workforce numbers in IT majors because employees began to quit en masse to join smaller firms that offered a big paycheque.

Working professionals with niche skills in the areas of data analytics, cloud infrastructure, and Java were the most sought-after due to the unavailability of skilled talent in these fields.

Talent is saturated in the metro cities. since the benefits of work-from-home were realized during the Covid-led lockdown, IT firms are now going deeper to hunt for talent.

To widen the talent availability pool, companies such as Tech Mahindra are going to the hinterland. in fact, Tech Mahindra has said that small-town talent will make up 20% of its total workforce over the next two years.

Considering money is a big motivator in the talent war, HCL Tech is also paying out retention bonuses and higher increments to ensure that good talent doesn’t quit.

Sectoral rival Infosys, which is looking to hire over 55,000 freshers in FY23, is investing in employee reskilling to ensure that their technical capabilities stay relevant. this also reduces the need to hire niche talent.

Making a conscious effort to hire more women to bridge the talent gap, was also presented by NASSCOM President Debjani Ghosh. among IT companies, TCS has started a new initiative called ‘Rebegin’ to attract women to the workforce. the technology firm recently crossed a milestone of 200,000 women in the organization.

Over and above these steps, a flexible work policy is also being encouraged. Wipro’s Rishad Premji said that companies will have to build hybrid workplaces with added focus on employee engagement to retain staff.

Startups have forced traditional IT companies to take notice and ensure the best work conditions, in terms of pay and work-life balance, at all times. on the global front, new engagement tools such as ‘social sabbaticals’ are being implemented at firms such as SAP and IBM. this involves giving a few weeks off from regular work. this time is instead used in volunteering or building technology-led solutions for non-profit organizations.

These sabbaticals also involve working in a different location, experiencing new cultures, and meeting new people. is it yielding results by reducing attrition levels yet? too early to give a view.

Meanwhile in India, IT industry body NASSCOM believes that the worst is over. it added that attrition levels have peaked and resignations would only start to plateau from now on. the IT sector companies, however, are still keeping an eagle eye on employee exit numbers. looks like the game is on.