Fire in a Multi-Storey Building at Sharjah

Fire in a Multi-Storey Building at Sharjah 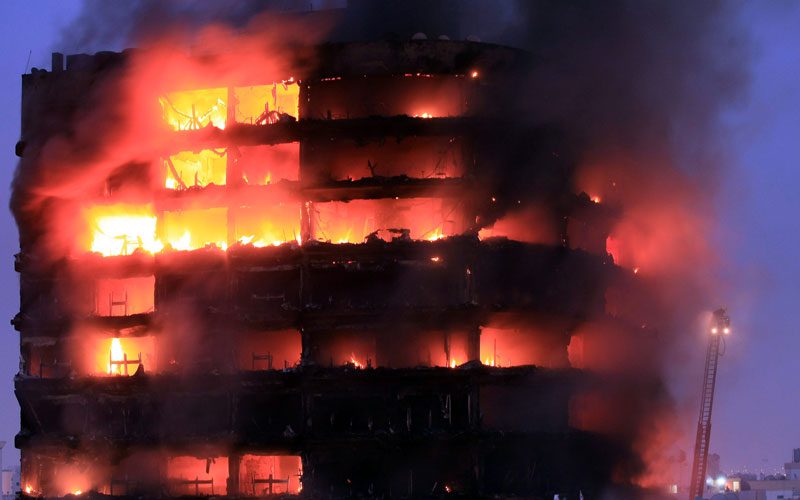 Fire broke out in a multi-storey building of Sharjah, UAE. It was told that this incident happened in Al Nahda area. According to the last information received, the fire has been brought under control and no casualties have been reported.

According to a report by Gulf News, the residential tower named Abbco Tower has 47 floors besides parking. The report said that the authorities had evacuated the residents of the building and the area around it.

Col. Sami Al Naqbi, Director General of Sharjah Civil Defense, said that he was informed about the fire, the cause of which has not yet been ascertained. At 9:04 pm (local time), there was a fire on the 10th floor of ABBCO Tower. Reported that the fire was controlled around midnight.

The fire also damaged several cars parked in the area. More than 250 families living in the 49-storey building were evacuated, including 36 residential flats and 20 level car parking.