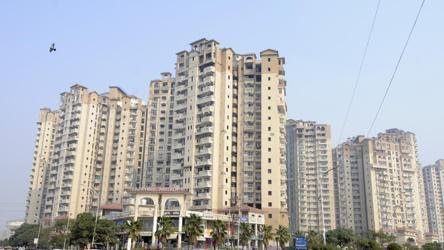 Finance Minister Nirmala Sitharaman on Saturday announced measures to boost growth in the housing sector, along with a special package for stuck projects.

In major boost to stuck projects in middle and affordable housing segments, the finance ministry announced a ₹20,000 crore special fund, half of which will be contribute by the govt and the rest by institutions by Life Insurance Corporation of India and NIIF. However, the funds will not be applicable for projects facing bankruptcy proceedings in the National Company Law Tribunal.

The real estate sector, generator of millions of jobs, has been under major stress over the past five years, with weak sales and huge unsold inventory key concerns. Developers and other stakeholders in the sector have been seeking a bailout from the government for sometime now.

The housing sector’s woes worsened with the liquidity crisis in non-banking finance companies (NBFCs) in the wake of defaults by IL&FS which were first reported in September, 2018. Since then, NBFCs, which have been major providers of funding to developers in the recent past, have gone slow on lending, leading to cash crunch and project delays.

The slowdown in the sector has also put thousands of homebuyers in a spot, as they continue to wait for possession of their houses. Many have taken builders to courts.

Recently, the Supreme Court empowered genuine homebuyers by giving them the right to take legal recourse against builders under three key laws, upholding the validity of an amendment to the Insolvency and Bankruptcy Code (IBC).