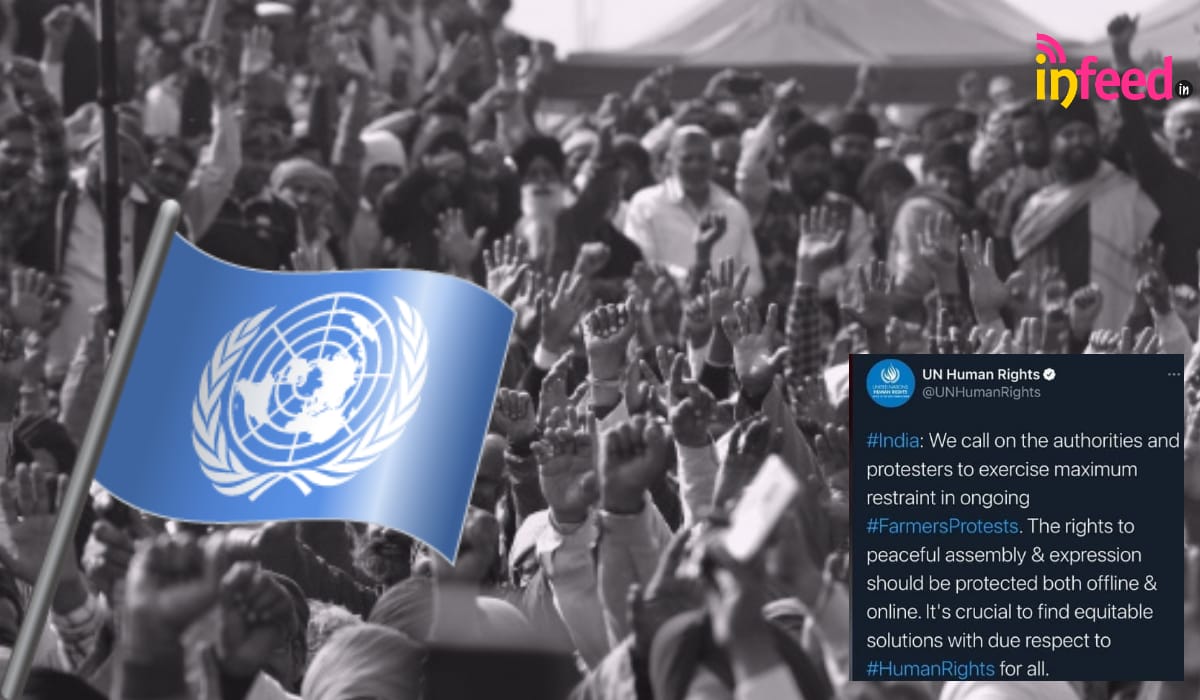 The UN human rights office on Friday called on Indian authorities and farmers protesting against the new agriculture laws to exercise maximum restraint, emphasising that it is crucial to find “equitable solutions” with due respect to human rights for all.

The Office of the United Nations High Commissioner for Human Rights (OHCHR), in a tweet said the rights to peaceful assembly and expression should be protected both offline and online.

“#India: We call on the authorities and protesters to exercise maximum restraint in ongoing #FarmersProtests. The rights to peaceful assembly & expression should be protected both offline & online. It’s crucial to find equitable solutions with due respect to #HumanRights for all,” it tweeted.

Thousands of farmers, mostly from Punjab, Haryana and western Uttar Pradesh, have been camping at three Delhi border points — Singhu, Tikri and Ghazipur — for over 70 days, demanding a complete repeal of three central farm laws.

The Samyukt Kisan Morcha (SKM), an umbrella body of the farmer unions protesting the farm laws, on Friday said there would be no ‘chakka jam’ in Delhi on February 6 even as it asserted that peasants in other parts of the country will block national and state highways for three hours but in a peaceful way.

The SKM had earlier this week announced this nationwide chakka jam on Saturday, saying that farmers would block national and state highways for three hours in protest against the Internet ban in areas near their agitation sites, harassment allegedly meted out to them by authorities, and other issues.

Multiple rounds of talks between the Government and the farmer unions have remained deadlocked. The protests at the Delhi borders for repeal of the three contentious agri laws that was enacted in September last began on November 28.

External Affairs Ministry Spokesperson Anurag Srivastava said any protests must be seen in the context of India’s democratic ethos and polity, and the ongoing efforts of the government and the concerned farmer groups to resolve the impasse.

“The Parliament of India, after a full debate and discussion, passed reformist legislation relating to the agricultural sector. These reforms give expanded market access and provided greater flexibility to farmers. They also pave the way for economically and ecologically sustainable farming,” the MEA said in a statement on Wednesday.

In a strong response to the remarks made by foreign individuals and entities, the MEA on Wednesday said the “temptation” of sensationalist social media hashtags and comments is “neither accurate nor responsible”