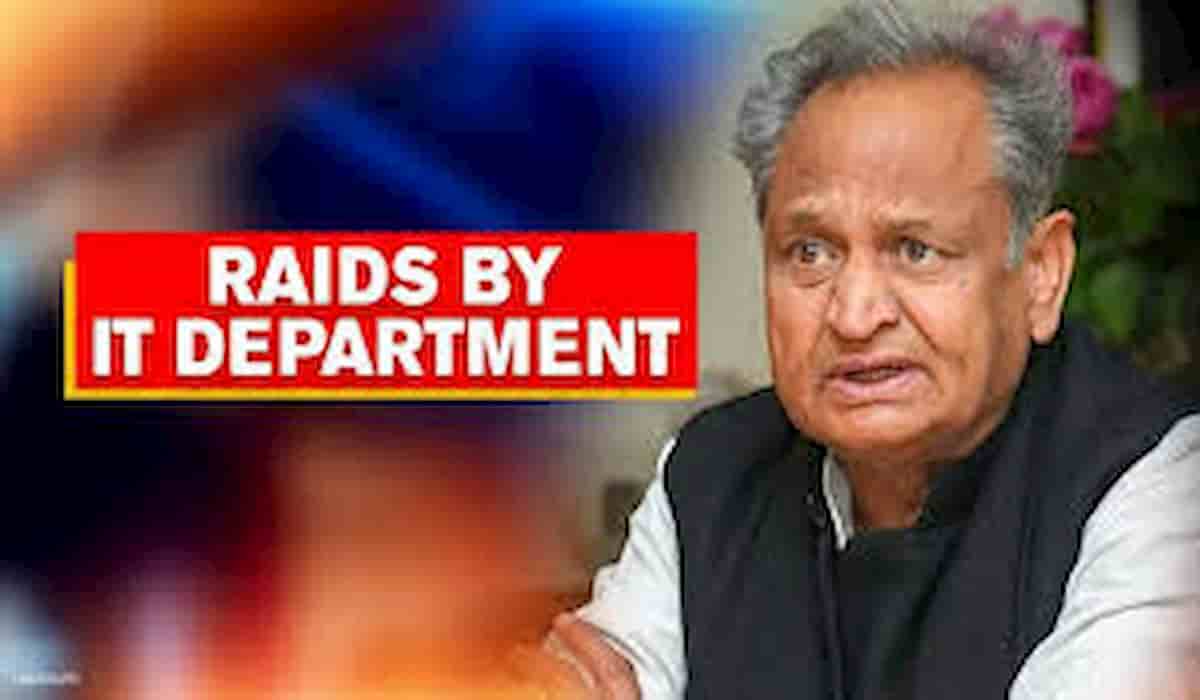 Amid the ongoing political developments in Rajasthan, the Enforcement Directorate (ED) team reached Jodhpur on Wednesday to raid the house of Agrasen Gehlot, elder brother of the Chief Minister Ashok Gehlot. The ED’s screws are being tightened on those close to CM.

The ED is raiding many places in the fertilizer scam. It is worth noting that the name of CM’s brother Agrasen was revealed in this scam a few days ago. Currently, the ED raid continues with CM Gehlot’s brother. On the ED’s raid, the Congress said that Prime Minister Narendra Modi created ‘Raidraj’ in the country, but we will not be afraid.

The ED team arrived wearing a PPE kit during the raid. The team is busy investigating documents at Gehlot’s brother’s house. It is reported that the ED team reached Agrasen’s house at 11 am. Right now, the ED team is raiding Agrasen’s Anupam Agricultural Company. At the same time, the Customs Department has prosecuted the case and imposed a fine of Rs 7 crore on the company.

Agrasen Gehlot has been accused of embezzling money from farmers and giving it to private companies between 2007 and 2009. Let me tell you that during that time his brother Ashok Gehlot was in government in the state and Manmohan Singh was at the center.

At the same time, Congress national spokesperson Randeep Surjewala has said that when all the strategies of Prime Minister Narendra Modi and his government failed, he sent the CBI team to raid MLA Krishna Poonia’s house. He said that Poonia has won medals in the field of sports. This was a way to exert pressure on the legislators.