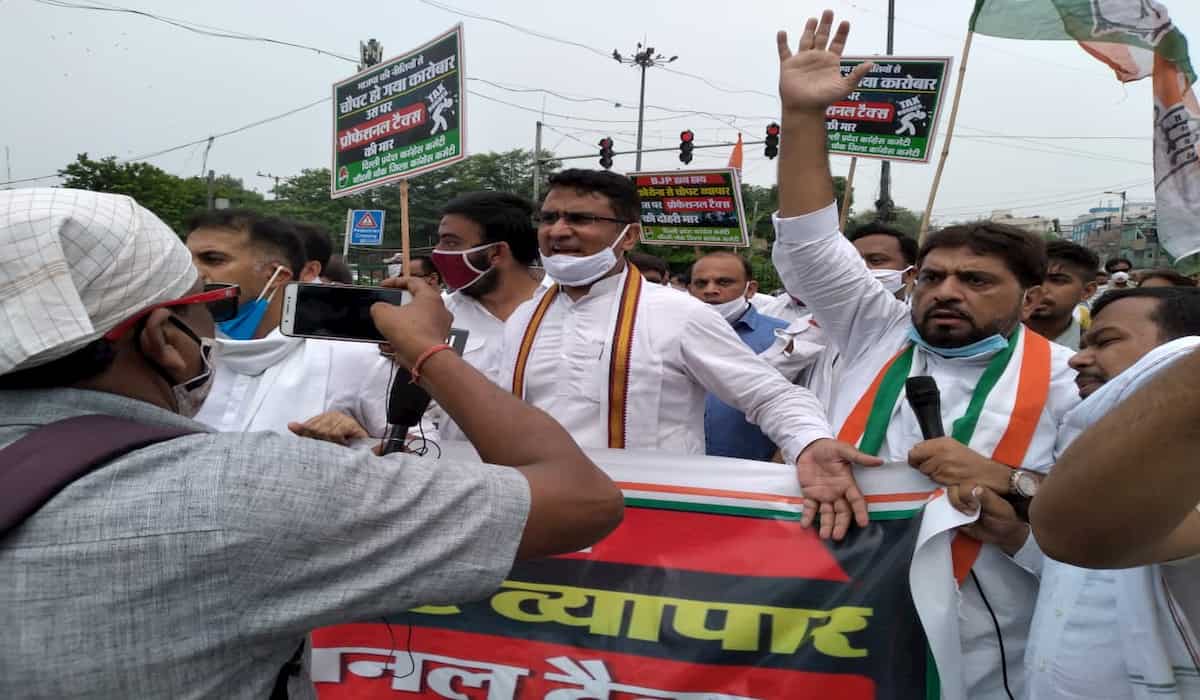 A proposal to levy a professional tax on self-employed persons — a first for Delhi — and doubled the tax on rented commercial property. The municipal body also announced a hike in tax on the transfer of property in new tax proposals.

Delhi Congress decided to protest against the BJP ruled SDMC implementing a professional tax that is being imposed in a dictatorial manner. However, DPCC President Anil Chaudhary, along with many other activists got arrested yesterday.

Delhi Congress Chiefs especially, Anil Chaudhary has been arrested before also. How long is the BJP going to continue to detain political persons for having different views? What sort of ‘democracy’ is it where the govt and the party in power target citizens for having a different perspective?

There is no point gloating about the world’s largest democracy tag as India is becoming a totalitarian regime.