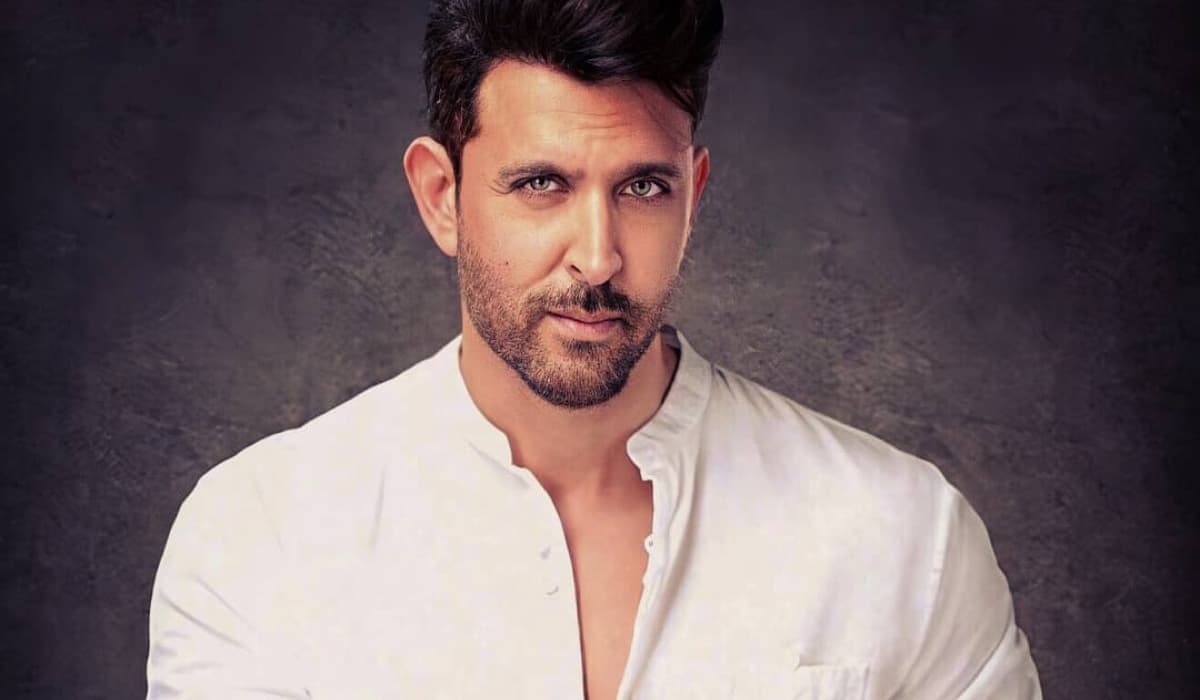 Bollywood actor Hrithik Roshan has revealed that it was difficult for him to laugh on screen while in character. Revealing about one of the joys of his life, the actor treated his fans by dropping a stunning picture wherein he is all suited up. The War actor says he was always so tensed up and learning how to ‘let go’ has been one of the joys of his life. The ‘Greek God’ took to Instagram and shared a picture laughing for the camera as he penned down his thoughts in the caption.

Clad in an all-blue ensemble, Hrithik posted a new picture on Instagram that sees the star turning into a suave avatar. Looking breathtaking as ever in the stunning picture, the actor is seen sporting a white t-shirt with a blue pant coat. Taking to the captions, he revealed that he is learning to let go of things to be joyous in life. “Used to be so difficult for me to laugh on screen. So tensed up all the time. Learning to let go has been one of the joys of my life,” he wrote using a heart emoticon.

Reacting to the picture, Hrithik’s Super 30 co-star Mrunal Thakur took to the comments section and dropped an angelic-looking emoji while his father Rakesh Roshan too loved the picture. Celebrity hairstylist Aalim Khan dropped a heart and fire emoji.

On the work front, Hrithik, who was last seen in the 2019 film ‘War’, will next feature in ‘Fighter’ alongside Deepika Padukone. He will reportedly play the lead in an Indian adaptation of the popular English series “The Night Manager”. Apparently he will be essaying the role of an Indian version of the Jonathan Pine character, essayed by Tom Hiddleston in the original 2016 limited series. The series was based on the 1993 novel by John Le Carre.

The story of “The Night Manager” follows the night manager of a luxury hotel, a former soldier, who is recruited by a government espionage organisation, to infiltrate the inner circle of an arms dealer.

The actor also has ‘Krrish 4’ and the Hindi remake of the Tamil crime thriller ‘Vikram Vedha’ in the pipeline.