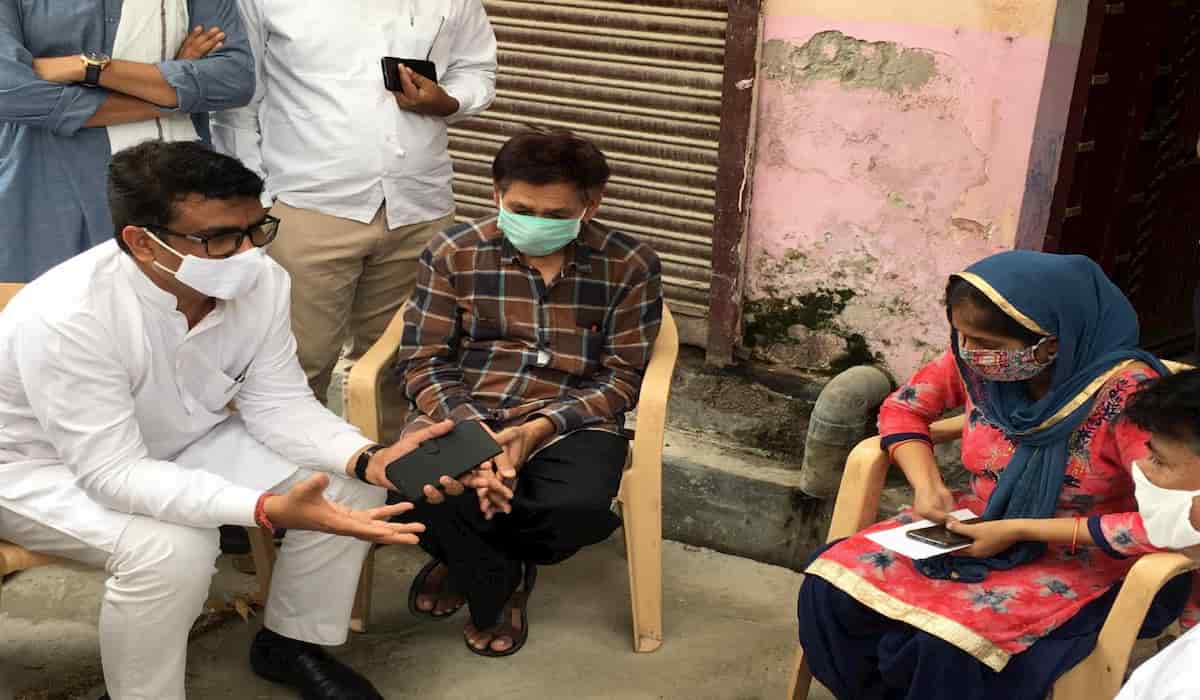 While politics these days have stood too low to the level of playing blame game and attacking not only the politicians, but even their family members, Delhi Congress has set an exemplary example to help the needy without any greed.

Delhi Congress President Anil Kumar Chaudhary met deceased Tarun Shrivastava’s family today and handed over an amount of Rs. 5.10 lakh in the form of a demand draft to Tarun’s wife. The amount was collected during the CongressCares campaign. It is worthy to mention that Delhi Congress had taken the initiative of helping the family of the journalist who committed suicide at AIIMS last week through crowd funding being carried out both online and offline. The campaign was initiated by the PCC President Anil Kumar Chaudhary.

The Congress leader took on micro blogging site twitter to inform about it. In his tweet, he wrote : “I met Tarun Sisodia’s family today and handed them the a DD of Rs. 5.10 Lakh, collected via #CongressCares Campaign.” He also thanked everyone for making contribution in the crowd funding.

Tarun Shrivastava, a journalist of Dainik Jagran was admitted in AIIMS Delhi, who was found to be corona positive has committed suicide under suspicious condition. While he claimed, his life to be under threat via messages to his colleagues, his friends have demanded an enquiry into the reason for his alleged suicide