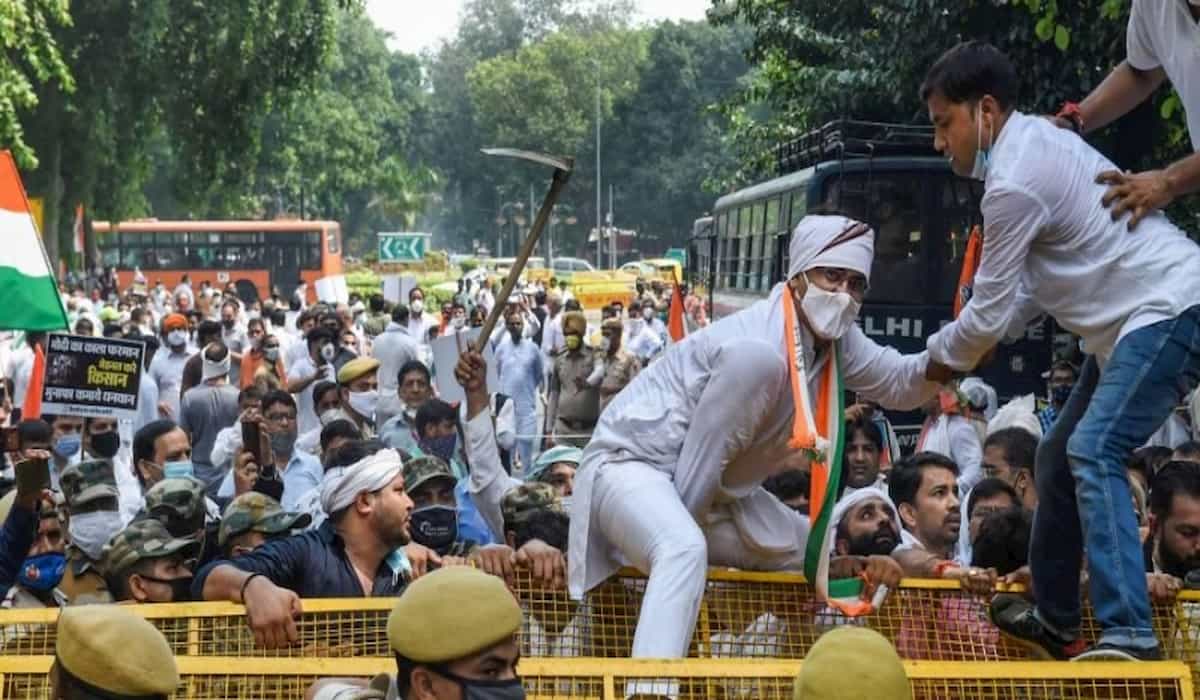 Delhi Congress President, Anil Chaudhary said Government has no clear definition, Who is a farmer? and Government has no clue that how many farmers are there in India by that definition. The government’s ambiguity has serious implications for the design and beneficiaries of the schemes meant to help them, including the Farmers (Empowerment and Protection) Agreement on Price Assurance and Farm Services Bill, 2020 and the Farming Produce Trade and Commerce (Promotion and Facilitation) Bill, 2020.

The Delhi Congress on Monday held a protest outside Parliament House against the “anti-farmer” Bills passed by the Central government. The party said that these Bills had been passed despite the strident objection by the Opposition parties in a bid to handover the farm sector, like all other sectors in the country, to the private players.

“Delhi Police, at the behest of the BJP government at the Centre, is trying to silence the political parties’ democratic right to protest,” Mr. Kumar said.
“From September 24 onwards, Congress will launch an all-India agitation asking the government to repeal the black laws,” said Mr. Chaudhary.