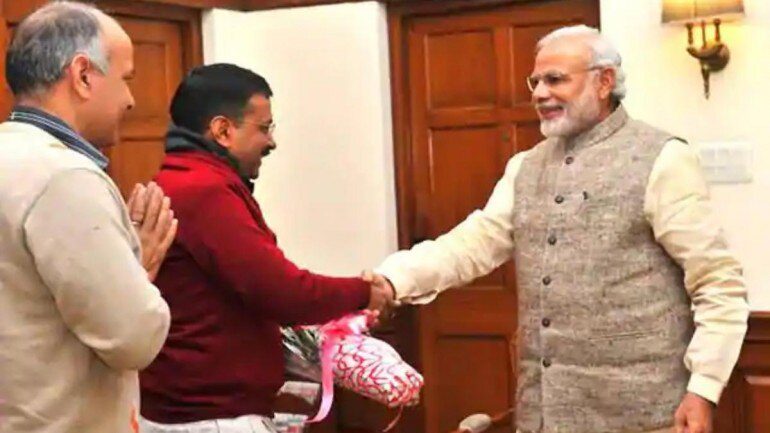 The chief minister said he also discussed the coronavirus situation in the city with the prime minister.

Delhi Chief Minister Arvind Kejriwal met Prime Minister Narendra Modi in Parliament on Tuesday, and said those responsible for the violence in the national Capital should not be spared, NDTV reported. The second phase of the Parliament’s Budget Session had started on Monday.

“I told him we should try that such riots should not happen again in the national Capital,” Kejriwal said after the meeting. “Those who are responsible for the clashes – whether they belong to any party – should not be spared, I appealed to the prime minister.”

Kejriwal added that he also discussed the coronavirus situation with Modi. The first case of the novel coronavirus in Delhi was reported on Monday.

This was the first meeting between the two leaders since Kejriwal got re-elected to the post last month. At his oath-taking ceremony on February 16, the Aam Aadmi Party leader had sought Modi’s blessings for a smooth tenure. Modi had been invited to the event by Kejriwal, but he did not attend it since he was in his Lok Sabha constituency Varanasi to inaugurate projects.

The AAP had won a resounding victory in the Assembly elections held on February 8, securing 62 of 70 seats, just five fewer than its 2015 tally. Modi’s Bharatiya Janata Party won the other eight seats.

Three days after the oath ceremony, Kejriwal met Union Home Minister Amit Shah to discuss matters related to the city. However, on February 23, violent clashes broke out in North East Delhi and continued for five days. On February 25, Kejriwal met Shah again to discuss the situation.

After the meeting, Kejriwal said that all parties will ensure that peace comes back to the national Capital. He described his meeting with Shah as “positive”.

Communal violence in North East Delhi has claimed 47 lives and injured over 200 people. It had started with clashes between supporters of the Citizenship Amendment Act and those who opposed it. The law makes undocumented, non-Muslim migrants from Bangladesh, Afghanistan and Pakistan eligible for Indian citizenship. Critics fear that together with a proposed countrywide National Register of Citizens, the new law could be a tool to harass Indian Muslims.

The Delhi government has faced criticism for its handling of the relief and rehabilitation efforts after violence subsided. On Monday, Scroll.in visited three of the nine relief camps announced by the government, and found not a single violence-affected family there. Eight of them are essentially night shelters run by the government.