Corona : From MP to Jharkhand, Small Vendors Are Mostly Hit

Corona : From MP to Jharkhand, Small Vendors Are Mostly Hit 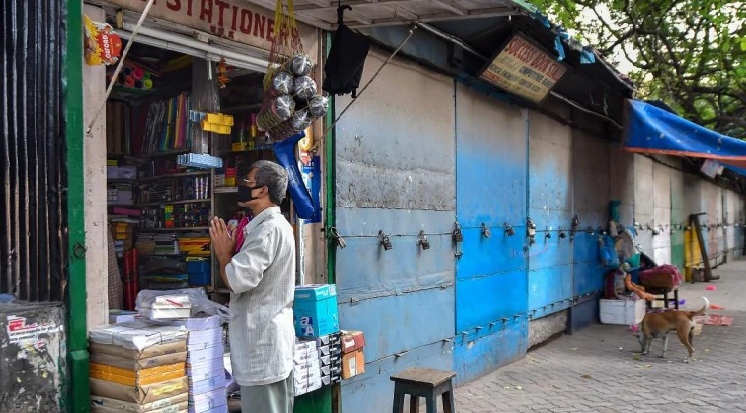 Bhopal| While people are suspicious and worried of the disease in Madhya Pradesh due to the corona virus, on the other hand their livelihood is getting affected. Most small businesses are affected in areas where curfew has been imposed to prevent the infections. Curfew has been imposed in the capital city of Bhopal and Jabalpur since Tuesday. The biggest impact of this has been on small businessmen, who sell goods on a daily basis, and take care of their families.

Mahesh Kumar, the operator of the grocery store in Maharana Pratap Nagar, Bhopal, says that the curfew is going to have a direct impact on their livelihood, as they usually bring and sell goods everyday. This is the life of his family. Now the main market is closed, they will not get the goods and when the goods are not available, they won’t have anything to sell. If this situation continues for another five to seven days then it can be difficult for them to survive.

Similarly, Vinod Chaurasia, who planted a betel nut in Jabalpur, says that the coming days will be very troublesome for him because curfew has been imposed in Jabalpur. Already, the sale of paan-leaves and other refreshments was decreasing for the last few days, but Now the gum has to be closed. God alone knows how the family will survive.

Manish Rajput, state convenor of Madhya Pradesh Savaredaya Mitra Mandal, says that the government should also help small traders who earn daily wages along with laborers. A help package must be announced for such people, so that the feeling of insecurity can be eliminated in this class and they are not forced to leave their house.

Talking about Jharkhand, the government has announced a lockdown to prevent the infection of corona virus there, due to which small businessmen are facing a lot of trouble. There is a worry in small businessmen who started their businesses by taking small loans from banks, but don’t have any money now to pay back.