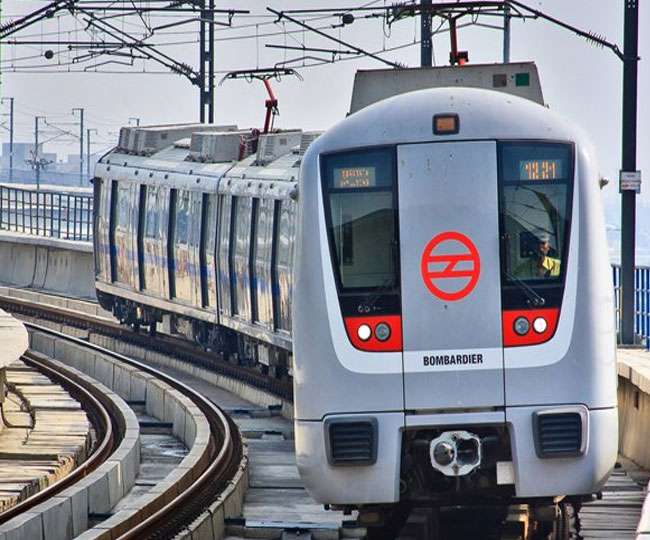 The Delhi Metro has made some changes to its rules to ensure passengers are safely taken to their destinations after the lockdown to prevent infection with the corona virus. After which you will not be able to travel in the Delhi Metro without a mask and a healing bridge app. In addition, you have to remove the belt or any other metal thing while skinning.

According to the proposal made by the Central Industrial Security Force (CISF), it has been recommended to make the Mask and Arogya Setu App mandatory for all passengers entering the Delhi Metro platform. On behalf of the CISF, it was stated that after thermal screening at each entrance, if someone’s temperature is found abnormal or if flu or cold symptoms are found, then they will not be allowed to travel in the metro train.

It is stated in the CISF proposal, “Identified suspected corona-infected patients will be identified through the Arogya app and the e-pass inside it. The metro should use it to prevent entry of people infected with the dreaded disease. ” However, if no one has a mobile or has not downloaded the Arogya Setu app, they will not be prevented from entering.

The CISF has also suggested that all passengers have to remove metal items such as belts and buckles in their bags and scan them in the screening machine. It said that the distance would be strictly followed at all stations and adequate line would be ensured before the security check.

The proposal further states that commuters should have a distance of at least 2 meters between the place of safety screening and those engaged in the line and a distance of 1 meter between people standing in line for security screening. The CISF has also suggested that all station areas and security equipment and X-ray tables should be sanitized every 30 minutes. The CISF has been deployed at around 160 metro stations.