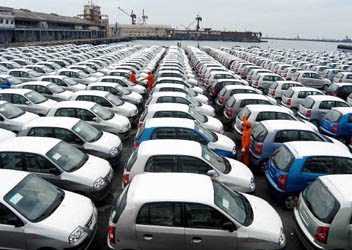 World’s 4th largest automobile industry of India has finally comprised a slowdown after a decade of high growth. Sales of passenger cars have registered the sharpest decline in nearly 2 decades of growth. This declining in automobile sales are an indicator of how the Indian economy is performing and the purchasing power of Indian people which has actually gone down in resent time.

This slowdown also led to manufacturing cut down with the domestic passenger cars’ production down 22.26% to 169,594 units from 218,167 units. With such market pressure the market leader Maruti Suzuki have been forced to suspend production at their factories temporarily to reduce the inventory level. Similarly, commercial vehicle segment production was down by 23.39% to 69,496 units last month and two-wheeler’ production trimmed by 11.70% to 1,915,195 units. Accordingly, the total production of the Indian automobile sector witnessed its steepest decline by 12.98% during June 2019 to 2,336,138 units across segments and categories. Only bright sign is growth in exports which actually grew by 14.50%.

If the situation remains the same in next quarters it may witness 1 Million job cuts in automobile sector in near future, these job cuts will be in manufacturing units, sales staff and manpower reduction at auto component manufacturing units which is currently providing the job to 5 million people in India, as in component industry most the workforce are on contractual basis and whenever the slowdown in demand of auto components it may lead to reduction of manpower.

Central government must come out with a bailout package by lowering down the GST rate on automobiles, which is currently in the highest 28% slab and at the same time govt should lower down the cess also. This along with reduction in rate of interest on auto loan will help in boosting the sales of vehicles across the segments.