Brutal performance from England lead to series level against India

Brutal performance from England lead to series level against India 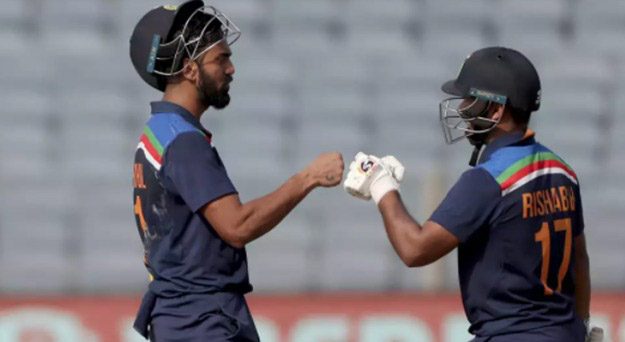 An interesting performance was seen in the 2nd match of the ongoing series between India and England. Both the team scored 300+ and all the batsman contributed actively to the total. The bowling department had a tough time and in the end, English bowler had an edge on the performance. Tom Curran and Reece Topley picked 2 wickets each and Adil Rashid got lucky by picking the crucial wicket of Indian Captian Virat Kohli. Though Moeen Ali didn’t pick any wicket he was good at managing the economy and containing the score compared to other bowlers.

Batting first India set a huge total of 336. Initially, India had a slow start and Dhawan got edged and was caught in slip by Stokes for just 4 runs followed by Rohit Sharma who got caught on fine legs to Sam Curran. There was a brilliant performance from KL Rahul(108) who scored a century and Rishabh Pant’s blistering half century (77) which included 7 sixes. There was some hard-hitting cameo by middle-order batsman Hardik Panya scoring 35 of just 16 balls which included 4 sixes and 1 boundary.

Chasing a Grand total of 336, English players gave one of the most memorable performances, as they chased down in just 43.3 overs with six wickets in hand. The crowd would have loved to watch the ball being smashed all around the stadium.
The visitors had a good opening partnership of 110 between Jason Roy and Jonny Bairstow before Jason got run out by a brilliant piece of fielding from Rohit Sharma. Ben Stokes added to the party smashing at the strike rate of 190 but was caught one run short to score a century at 99 of short delivery by Bhuneshwar, It is interesting to note that at one point Stokes was at 50 runs of 40 balls and in next 9 balls he reached 93 which was one of the finest innings. England’s second partnership added 175 runs to the scorecard with 124 from Jonny Bairstow.

This was one of the best and brutal performances from England smashing overall 20 sixes.

Winning skipper Jos Buttler said he was delighted with the response from the team. Praising his spinning squad he said they bowled in tandem, and have been wicket-takers.

Losing captain Virat Kohli said that he was happy with the decent total setup by Team India but he said they didn’t have the chance(winning) during the partnership between Stokes-Bairstow.

Ben Stokes commented that is was most pleasing thing for us as a team is that they didn’t go away from their value. They were quite happy as they managed to get over the line quite easily and added “We don’t really fear too much to be honest(referring to big chase)”.

The most dismissal performance for India bowlers was the session between 31st – 35th row which cost them around 87 runs. Since the beginning of the batting session England looked pretty confident, they have constant runs coming up and holding up the wickets.