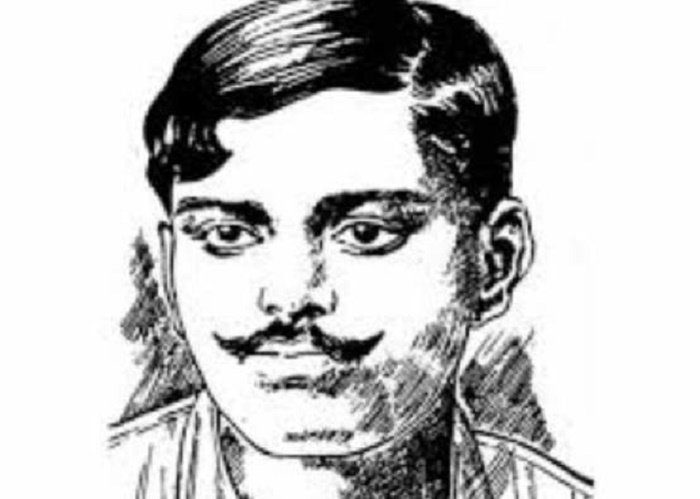 A daring freedom fighter and a fearless revolutionary, Chandra Shekhar was born on 23 July 1906 in Bhavra, Madhya Pradesh. Involved in incidents such as Kakori Train Robbery, assembly bomb incident and the shooting of Saunders at Lahore, to avenge the killing of Lala Lajpat Rai, he was the face of revolutionary India.

Son of Pandit Sitaram Tiwari and Jagarani Devi, he received his early education at Bhavra and was sent to the Sanskrit Pathshala at Varanasi, Uttar Pradesh for higher studies. At a very young age he got involved in revolutionary activities. He joined the non-cooperation movement launched by Mahatma Gandhi. Caught by the British police while indulging in revolutionary activities he was sentenced to 15 whiplashes as his first punishment. At that time he was merely 15-years-old. It was after this incident that Chandra Shekhar assumed the title of Azad and came to be known as Chandra Shekhar Azad.

Disillusioned with suspension of non-cooperation movement due to Chauri-Chaura incident, he turned into an extremist. Chandra Shekhar Azad was a believer in socialism; he along with other revolutionaries formed ‘The Hindustan Socialist Republican Association’. He was a mentor to many revolutionaries including Bhagat Singh. He wanted complete independence for India by any means. Chandra Shekhar Azad killed British Assistant Superintendent of Police John Poyantz Saunders to avenge the death of Lala Lajpat Rai. He remained a terror for the British Government as long as he was alive. On 27 February 1931, betrayed by one of the associates, he was besieged by the British police in Alfred Park, Allahabad. He fought valiantly but seeing no other way he shot himself and fulfilled his resolve to die a ‘free man’.

He is still a hero for millions of Indians and many movies such as Shaheed Bhagat Singh, The Legend of Bhagat Singh and 23rd March 1931 has characters based on his life.