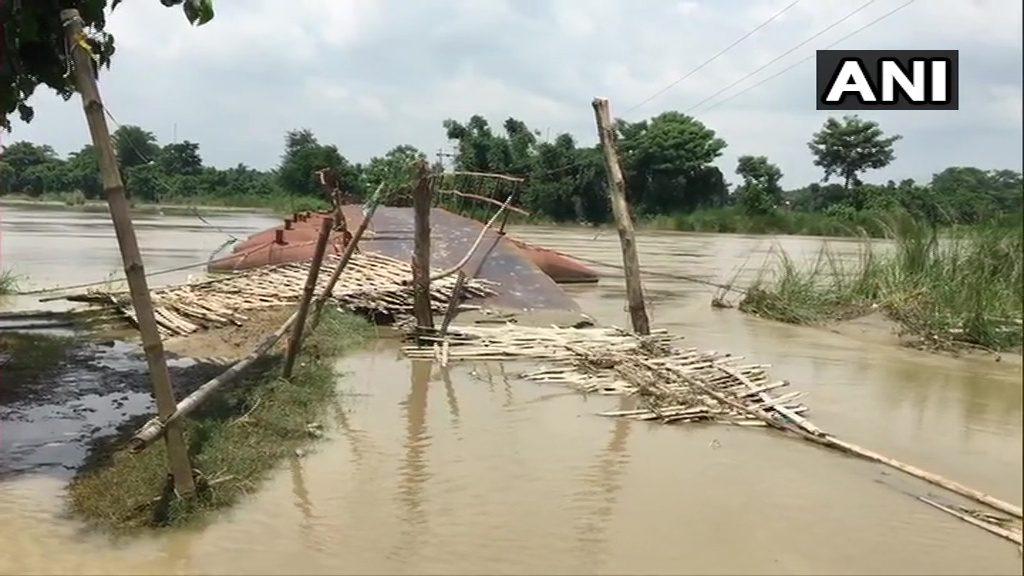 Due to the heavy rains in Bihar, the situation is very disturbing and only water is seen everywhere bringing the devastation of Bihar flood. Like every year, this time the administration remains silent and the system has been exposed. Rivers are in spate due to intermittent rains in Nepal and Terai regions, due to which the situation in the districts of North Bihar remained frightening on Tuesday.

Apart from Bagmati, Gandak, many other small rivers have also crossed the red mark of danger at different places. Due to this, a dangerous situation has arisen in the area.

Due to rising water level and broken dams, water has started filling up in the villages as well as road and bridge is also being damaged. Smart city Muzaffarpur has also caused chaos due to the breaking of the ring dam.

From Darbhanga, Raxaul, Madhubani to most areas of Bihar, the situation is becoming critical. In the midst of increasing cases of rain and corona, the people have faith in God.