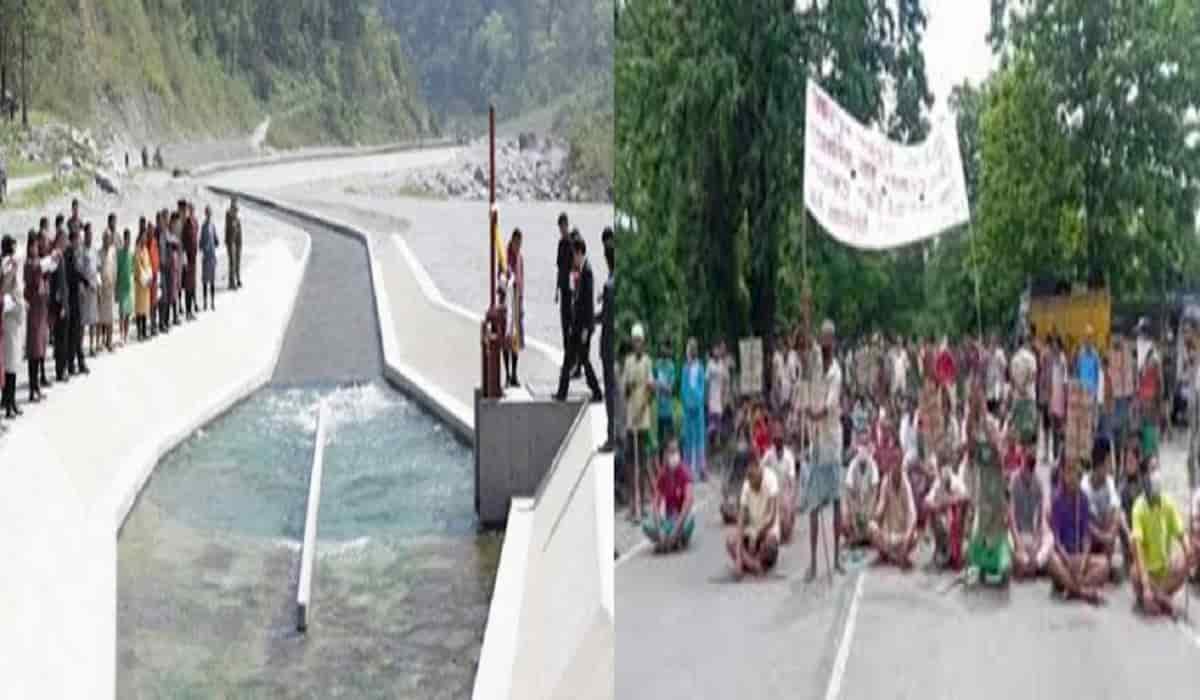 Amid the ongoing border disputes with China and Nepal, now Bhutan has stopped irrigation water for Indian farmers along the border in Baksa district of Assam.

The man-made channel has been a source of water for the paddy fields of about 6,000 farmers belonging to 53 villages of Assam since 1953. The sudden stoppage of water from Bhutan side has created a massive resentment among the villagers.

Hundreds of farmers along with other civil society members of Baksa district of the state in large numbers staged a demonstration on Monday under the banner of Kalipur-Bogajuli-Kalanadi Anchalik Dong Bandh Samiti and expressed serious concern over the decision of Bhutanese government not to release channel water to Indian farmers for irrigation purposes. They also demanded central government to take up the issue with their Bhutan counterpart and find a solution keeping in mind the interest of the farmers of the district.