Another Kashmiri Pandit Dies in Valley

Another Kashmiri Pandit Dies in Valley 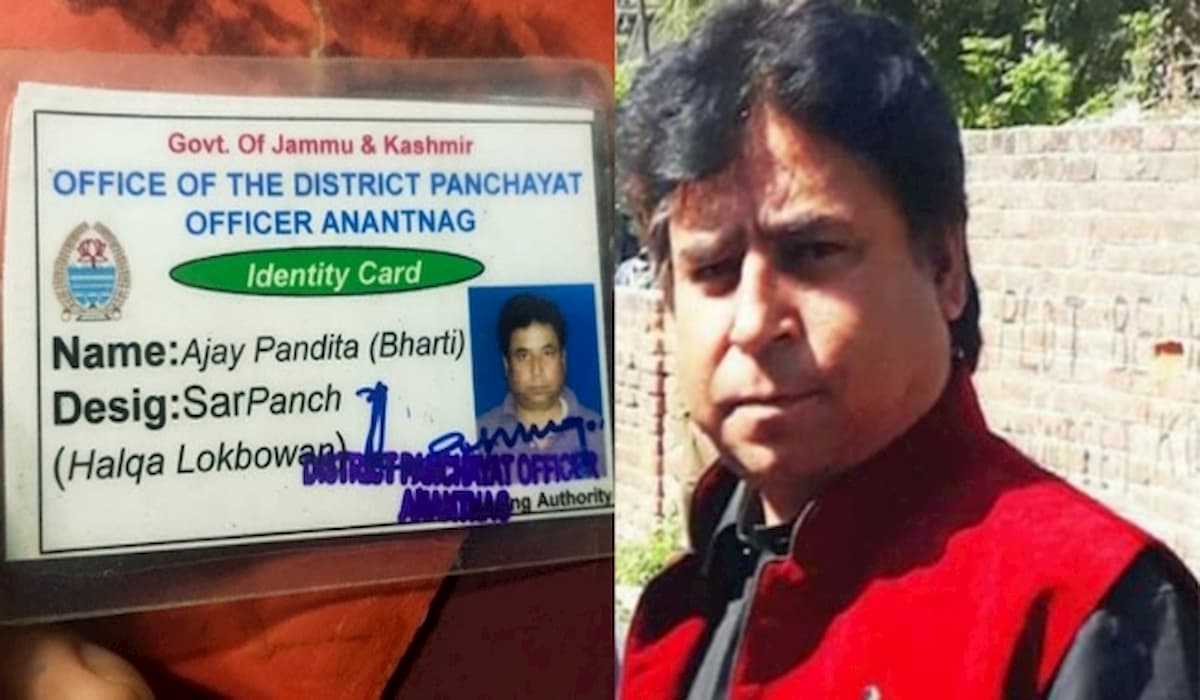 Ajay Pandita, aged 40, sarpanch of the Larkipora area in Anantnag district and a member of the Congress party, was shot at by militants in his native village at around 6 pm on Monday. He was immediately rushed to government medical college Anantnag where doctors declared him brought dead.

The valley is in fear after the killing by terrorists due to which many sarpanchs and Kashmiri pandits have left their homes as they are feared of the recursion of 1989 incident of Kashmiri Pandit genocide when the BJP government was in centre.

Ajay Pandita was a down to earth personality with friendly connections to all the people of his area. The citizens known to him are in utter shock after his death.

Various film celebrities have issued strong statements against the incident while expressing their grief over the incident. Anupam Kher and Kangana Ranaut broke their silence on the tragic incident.

Sincerely requesting pm Narendra Modi, Kangana said, “ Kashmiri pandits should be sent back to the state. Their land should be rightfully be handed over. Justice should be served and Ajay Pandita’s sacrifice shouldn’t go waste. “

Candlelight march taken out in J-K after Cong sarpanch Ajay Pandita was killed by terrorists.

Earlier on Monday, Bharatiya Janata Yuva Morcha held a protest and burnt an effigy of Pakistan Prime Minister Imran Khan on the killing of Pandita in Jammu and Kashmir.

The mother of Kashmiri Pandit sarpanch Ajay Pandita mourns near his mortal remains, at their residence in Jammu on June 9, 2020. Pandita was shot dead Monday evening by terrorists in Anantnag district of South Kashmir.