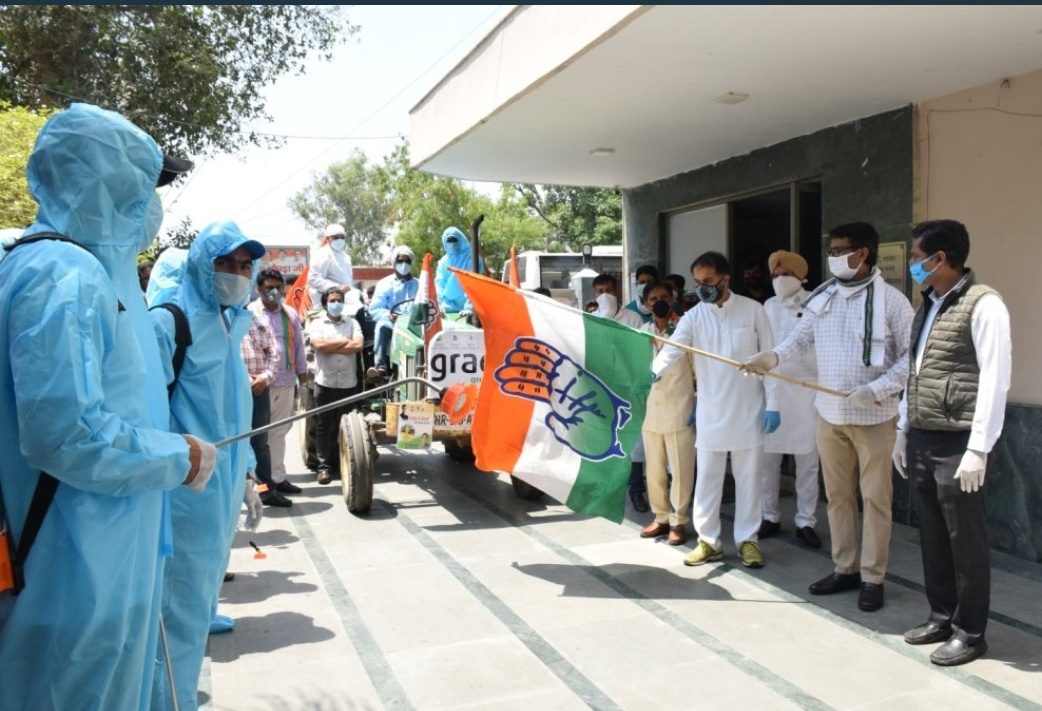 The grand old party of India has succeeded in winning the confidence of People back in Delhi during the Corona Crisis by continuously working hard and serving the people in distress via community kitchen concept, popularly known as ‘Congress ki Rasoi’ introduced by the Delhi Congress Chief Anil Chaudhary since the lockdown was announced.

Apart from this, Delhi Congress President, Anil  Kumar Chaudhary has also started a sanitisation Programme in the capital named as “Congress Ke Sipahi, Karenge Corona Ki Dhulai”, where over 1,120 machines have been acquired to address all the 272 municipal wards of the national capital.

On the other hand, AAP Government has failed to impress the Delhiites as their food coupon program is getting criticized everywhere & few have termed the process as “cumbersome and delayed”. Also, BJP-ruled municipal corporations have failed to carry out sanitation across Delhi despite Covid-19 cases going up daily. As the “blame game” between AAP and BJP continues. It’s the Delhi Congress leading the way in supporting the poor.

Delhi Congress president also mentioned that they have been serving food to more than 50,000 people on a daily basis & will continue to work towards the welfare of the people & will succeed in winning back the trust of people.

Anil Kumar Chaudhary, also mentioned “My Sincere thanks to each and every Congress worker who is working selflessly in this hour of crisis”.