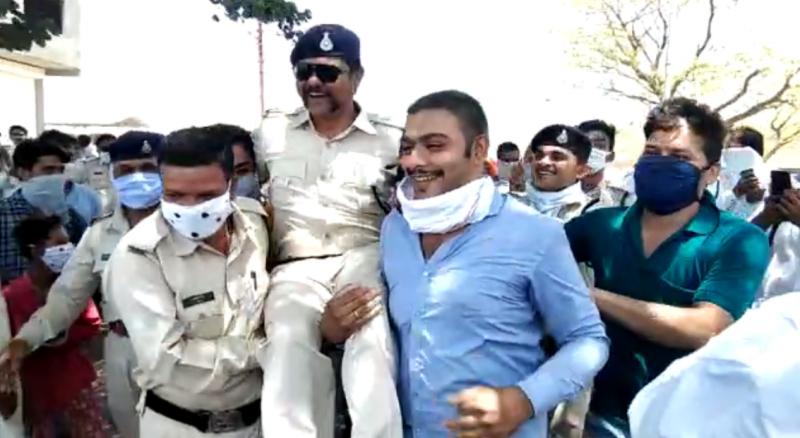 Covid-19 is issuing guidelines from the Center to the State Government. But they are being violated openly in Indore. The latest case is of a police station in-charge farewell, violating all instructions to prevent the epidemic. The controversy has arisen after the video related to it surfaced on social media.

Indore is also among the most affected districts of Corona in Madhya Pradesh. Here the video of his farewell after the transfer of a police in-charge is going viral on social media.

In this case, the officials said on Friday that Sanjay Mishra, in charge of Malharganj police station in the city, has been transferred to Shivpuri. Eyewitnesses said that he was relieving from the police station on Thursday, when the police station staff and regional citizens gave him this farewell.

Jain also said that no formal farewell ceremony of Mishra was held at Malharganj Police Station. When he came out of the police station, the local people did so to bid him farewell.